Japanese matcha green tea is famous for its antioxidant properties, superior to those of any other green tea. 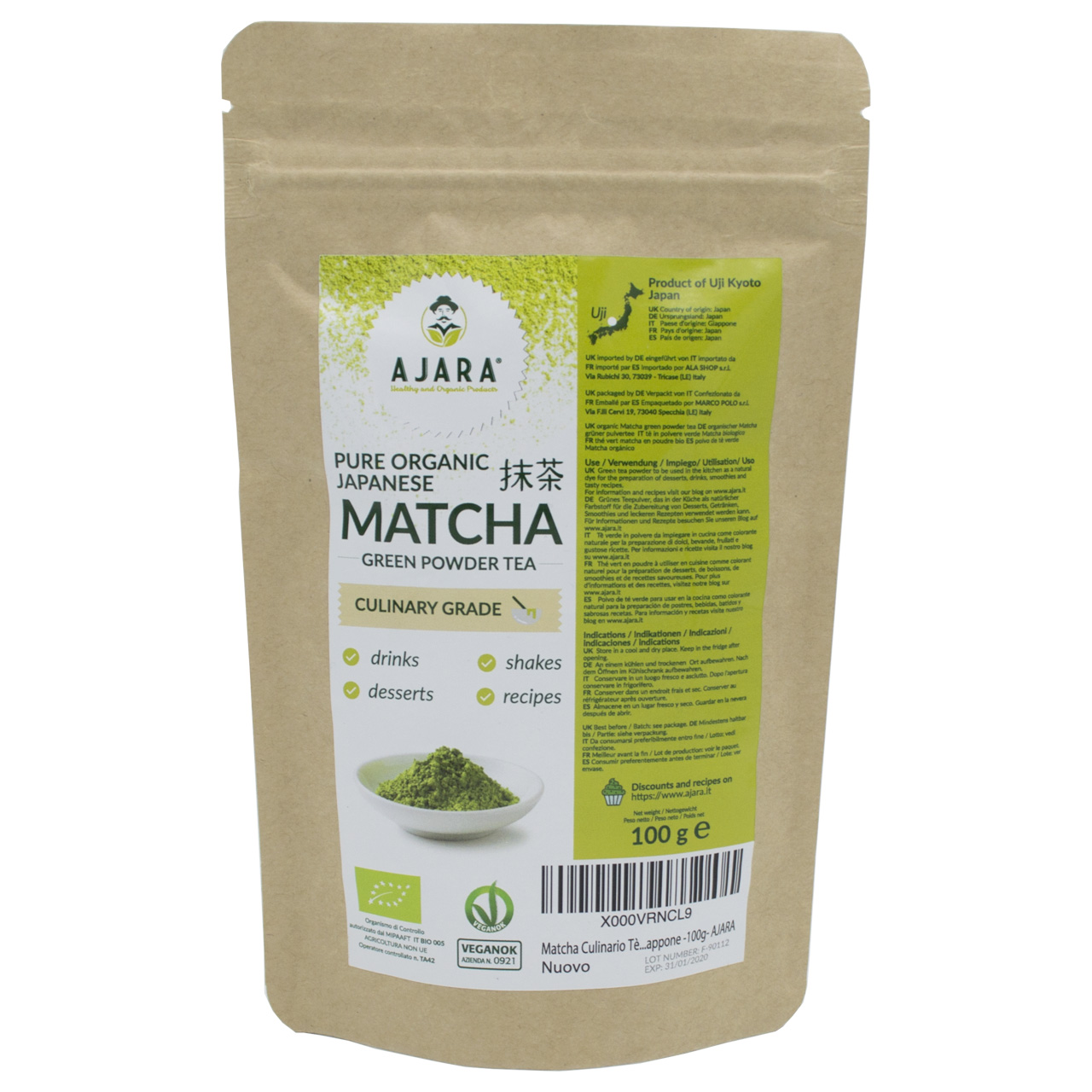 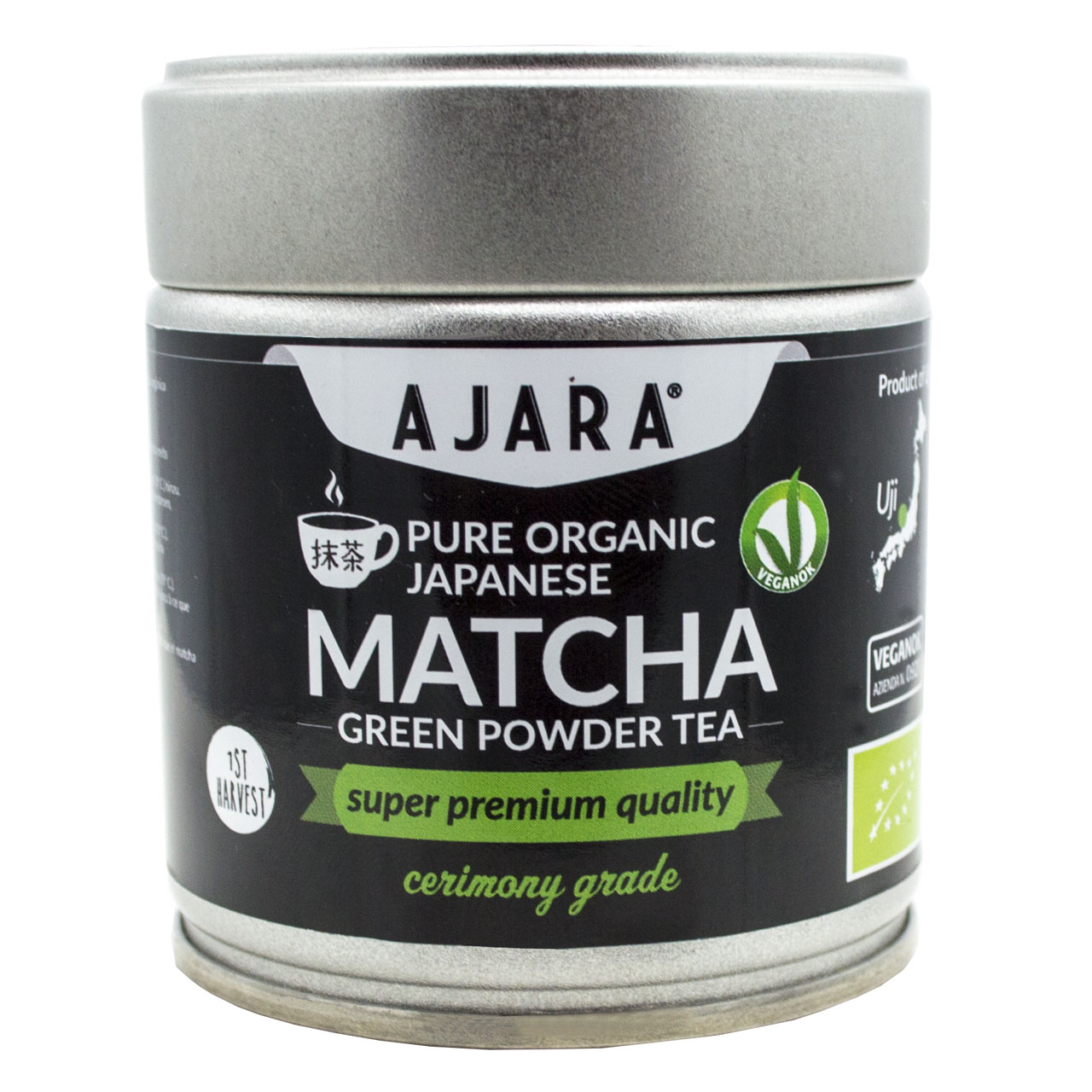 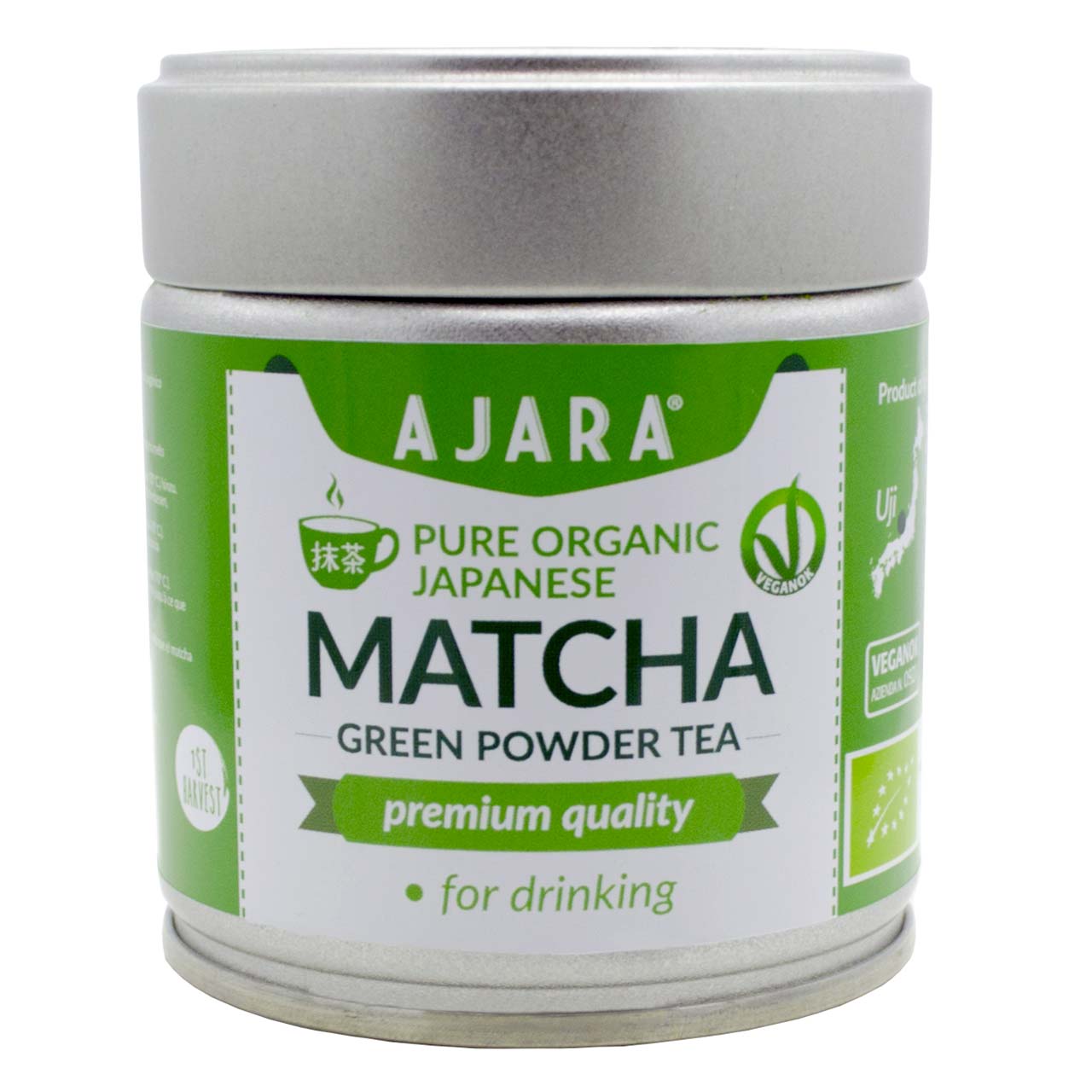 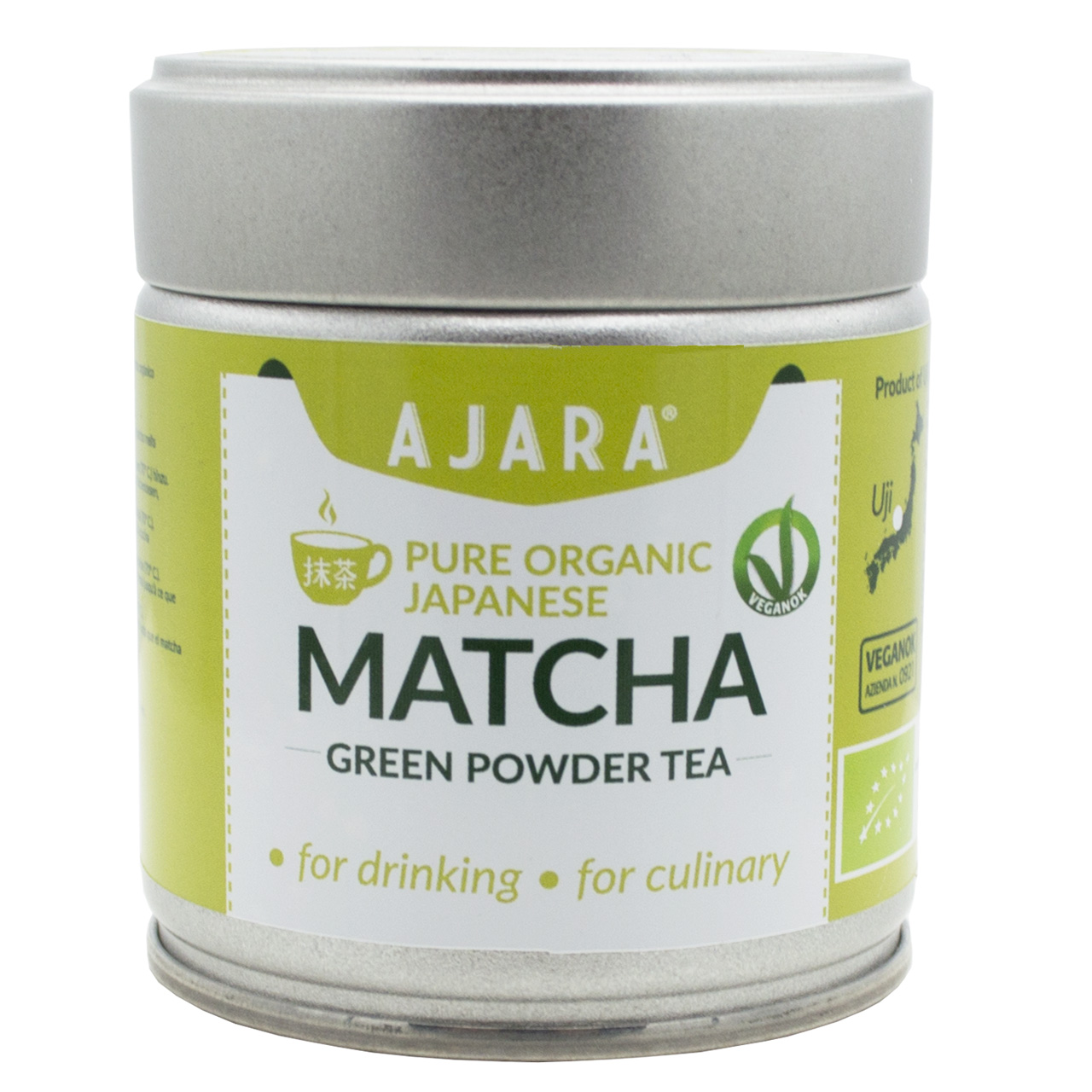 Matcha, do you want to learn more? What is Matcha tea?

Matcha is a fine powder with green tea leaves that has become one of the most powerful super foods on the market.

The Matcha produced in Japan

Matcha tea, although originally from China, is the Japanese tea par excellence, a drink known as the elixir of Buddhist monks. The Matcha AJARA is grown on the Uji hills in Japan, a favorable area for the growth and maturation of green tea. Some weeks before the harvest, the plants are covered in such a way as to reserve them the right degree of shade in order to load the chlorophyll leaves and preserve all the active ingredients contained in them.
The green tea leaves are harvested by hand according to ancient Japanese tradition, then they are steamed, dried and milled in stone mills until they become a fine green powder.

Matcha is not a simple tea but a true health elixr being rich in vitamins, minerals and polyphenols. Matcha is the tea with the highest percentage of antioxidants, surpassing even the common green tea.

The preparation of Matcha green tea according to ancient Japanese tradition

Add half a teaspoon, 1g of powder, of Matcha Ajara Super Premium tea to a bowl or cup.

Add 90ml of hot water (70 °), do not boil. Whisk in a zigzag with the Chasen (bamboo whisk) or a normal kitchen whisk until the matcha melts and becomes frothy and creamy. Adjust the amount of matcha according to taste.

Matcha in the kitchen

In Japan, Macha tea is also used in the kitchen as a natural colorant in mainly sweet foods such as cakes, biscuits, chocolates, smoothies, ice creams and drinks. Its beneficial properties and the need to eat increasingly healthy and green has led European consumers to use it in their recipes as a natural and organic dye.

Matcha is also called Maccha, in Japanese it is written like this 抹茶, and literally means rubbed tea. It is pronounced Mat.tca.

BECAUSE YOU
CAN TRUST AJARA

Shipping in 24/48 h through Amazon Logistics

We have processed more than 10,000 online orders in the last year on Amazon, Ebay, Facebook and the Website.

Do you have doubts, are you looking for advice?
Write us an email to info@ajara.it or a WhatsApp on the number 3775258636