How to prepare the real Matcha Japanese ceremonial tea 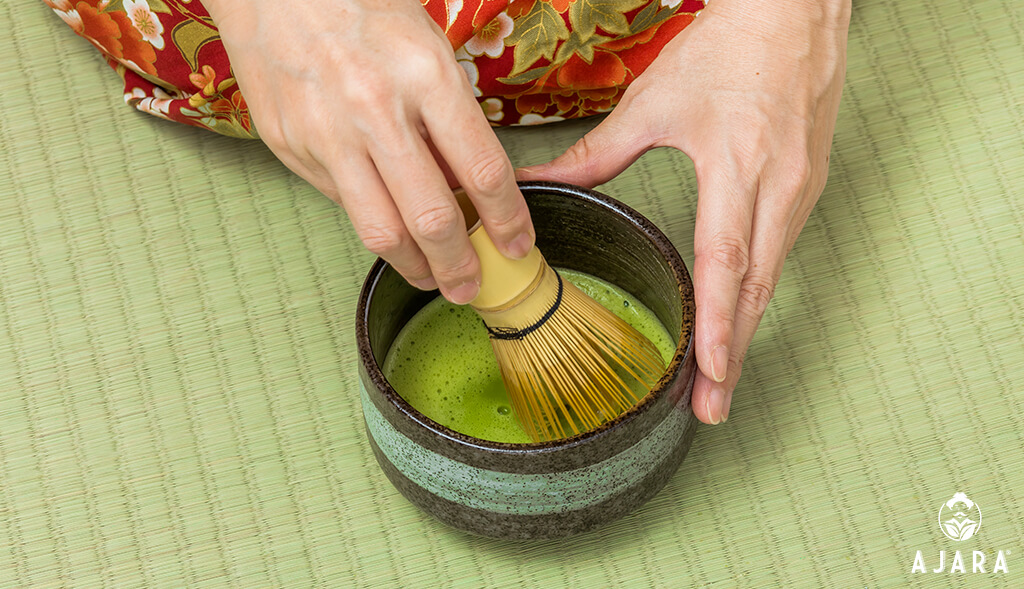 Add half a teaspoon, 1g of Matcha Ajara Japanese ceremonial Tea powder to a bowl or cup.
Add 90 ml of hot water (70 °), do not boil. Whisk in a zigzag with the Chasen (bamboo whisk) or a normal kitchen whisk until the matcha melts and becomes frothy and creamy. Adjust the amount of matcha according to taste.

Why is the ceremonial Matcha prepared in this way?
The reason for this preparation is not only the ceremonial, spiritual and social Japanese ritual, but it is also because the powder is mixed with water and consumed in suspension. The suspended method guarantees and preserves all the nutritional and organoleptic properties of the tea. Cha no yu (茶 の 湯), which literally means hot water for tea, is a social and spiritual ritual practiced in Japan and known in the West as a tea ceremony.