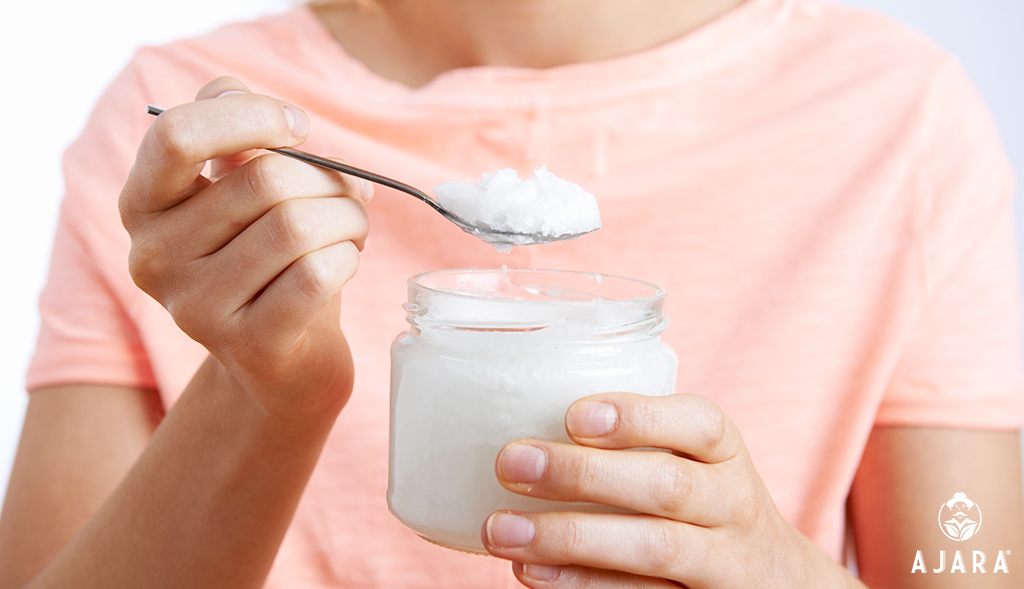 Strengthens hair, whitens teeth and removes plaque, burns fat, reduces stress, strengthens the immune system, protects the stomach and heart.
Coconut oil is widely used in tropical countries like India, Sri Lanka, Thailand, Filipinos who have a good production of coconut oil. In the past it was also popular in the United States and Canada, but there has been a strong propaganda since the 1970s spread by the dimais and soybean oil companies against coconut oil.
In the past, coconut oil has been considered harmful to the human body due to its high saturated fat content. Over the last decade, many scientific studies have shown that the medium-chain fat of dicocco oil is unique compared to other types. fat and bring many benefits to the body.
If we consider the countries with the highest consumption of coconut oil we observe that:
• Sri Lanka has the lowest rate of heart disease;
• The population of the island of Kitava (New Guinea) has practically non-occurring heart attack and stroke rates;
• The inhabitants of the island of Tokelau (New Zealand) appear to be immune to heart disease.
• In the MEDLINE medical-scientific database there are more than 1500 studies confirming the medicinal properties of coconut oil.
Coconut oil medium-saturated fatty acids are composed of:
Lauric acid: it makes up about 50% of coconut oil, it is essential for the human body and the proof that the other food that is rich in it is breast milk. The body needs Lauric Acid for anti-microbial anti-microbial products used to fight pathogenic viruses and bacteria. Therefore lauric acid is a fundamental saturated fat and has been found to be useful in combating viruses such as HIV, influenza and herpes. Caprico Acid: it reacts with some enzymes secreted by other bacteria, which subsequently convert it into a powerful antimicrobial agent, the monocaprino. Caprylic Acid: it is a powerful antifungal so much that it is one of the most powerful remedies against Candida infection.
These fatty acids represent a highly available source of energy, since being the average chain, they are easier to absorb than long chain ones (such as palm oil and seed oil). Coconut oil does not adversely affect cholesterol levels, precisely because it is poor in long-chain saturated fatty acids, but it has even been shown to help lower bad LDL cholesterol levels and promote good HDL.

Scientifically proven benefits of coconut oil.
Burn fat Fat saturated with coconut oil can be helpful in losing abdominal fat.
Brain Coconut oil has been shown to optimize cognitive performance. Ideal for those suffering from Alzheimer's disease but also for those who do intellectual work, improves brain function. This is due to the ketone bodies of medium chain fatty acids that improve the metabolic processes in the brain.
Teeth Calcium is an important component of our teeth. Since coconut oil facilitates the body's absorption of calcium, it helps develop strong teeth. Coconut oil also stops lacarie. Recent research suggests that coconut oil reduces plaque formation, bleaches and treats gingivitis.
Anti-inflammatory Coconut oil has been shown to have anti-inflammatory and analgesic properties
AntiulcerAccording to some studies, coconut oil has been shown to be effective in assisting the treatment of ulcers.
Anti-fungal and antibacterial and antiviralFat fatty acids in coconut oil are very effective in destroying bacteria, viruses and pathogenic fungi. Caprylic acid, in particular, has a powerful anti-fungal and anti-fungal action as it can destroy the cell membrane of these harmful agents, and is famous for being effective against Candida infection.
Blood FatsCoconut oil constantly improves the LDL-HDL (bad cholesterol - cholesterolobuono) ratio in the blood of those who consume it.
Absorption vitamins and fat-soluble nutrients Vitamins A, D, E and K are essential liposoluble vitamins for human beings and need the right environment to be absorbed. Coconut oil allows for correct absorption and assimilation, thus improving the health of bones, teeth, hair, skin and mood and the immune system. Furthermore coconut oil is rich in vitamins E, K and iron.
Intestine Helps keep the bacterial microflora of the intestinal mucosa balanced as it nourishes positive bacteria in the intestine and limits the proliferation of pathogenic bacteria.
Heart Coconut oil improves cholesterol levels and blood pressure and prevents damage to the heart and the heart. Studies have shown that it is beneficial for cardiovascular health.

Tips for use
Internal Use Choose organic coconut oil possibly extra-virgin. It can be used to cook at high temperatures and to make fried food because it contains mainly medium-chain grassesatides that do not oxidize. Excellent as a raw seasoning. A teaspoon can be added to coffee or tea, smoothie, milk or yogurt, just mix well. Use it for desserts and for all the recipes your imagination will suggest!
Outdoor Use Choose organic extra virgin olive oil if possible. Excellent for teeth, skin and hair.
TeethYou can put a little on the toothbrush instead of the normal toothpaste for an oral cleaning and have an enviable mouth
Mouth To perform a thorough cleaning of the mouth but also of the body, you can do oil pulling.
SkinIt is rich in vitamin E and applied to the skin of the body after a bath or shower, making it extremely soft, and it is also very good for moisturizing and protecting the hands. For the skin, face and body, it has moisturizing, anti-wrinkle, anti-aging effects, and is also a specific product for the treatment of eczema, dermatitis and even psoriasis.
Hair On the hair it is applied directly to the hair after having dissolved the necessary quantity with a little dicalore (in winter the coconut oil is solid, while in summer it is liquid), it makes the hair shining, silky and easy to care for growth by providing nourishment to damaged hair. In the case of dandruff, it is advisable to massage it directly on the scalp, leaving it in place for possibly a few hours.